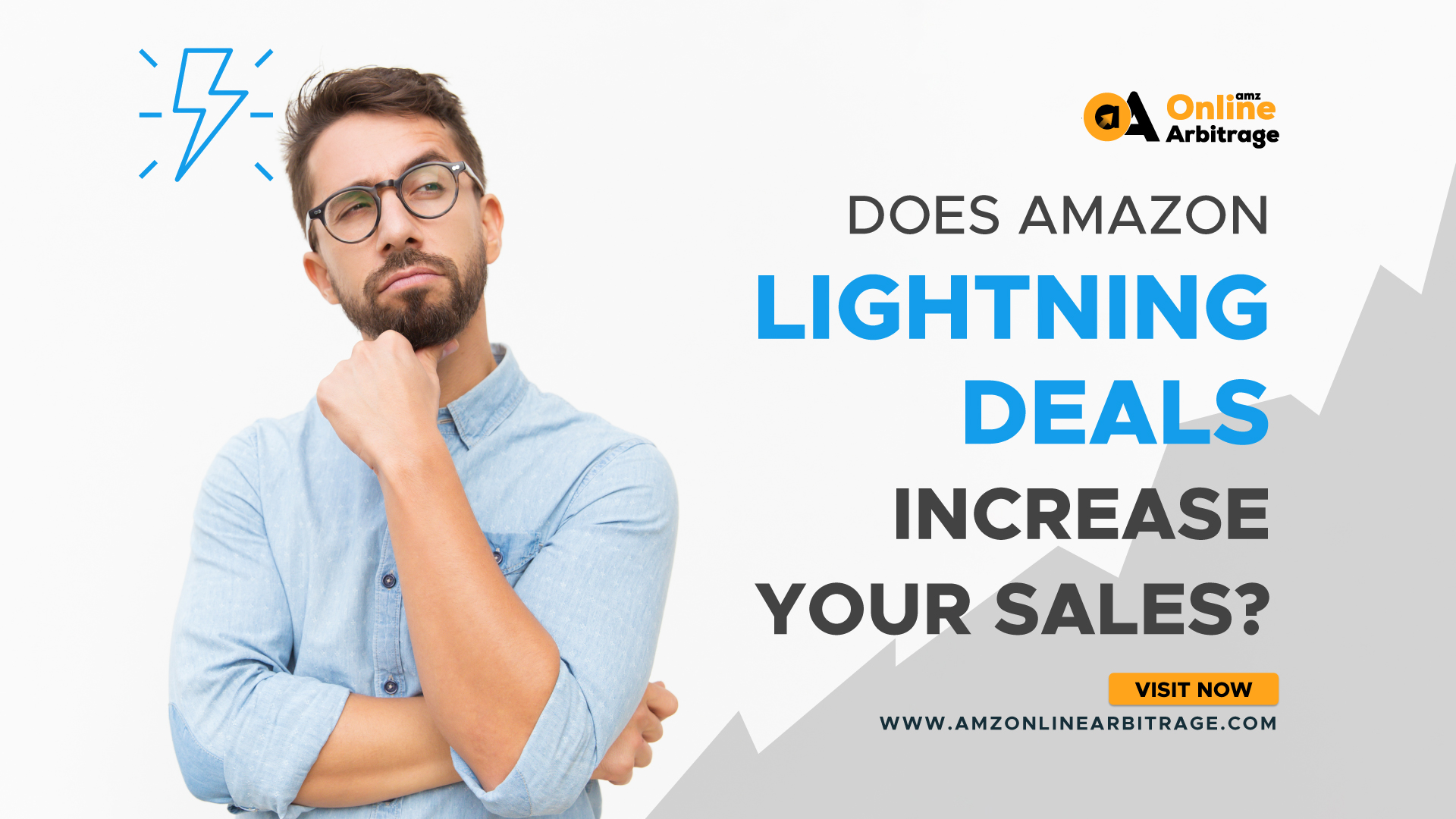 By creating an Amazon seller account and listing your products, can't help you to make sales. To make sales on Amazon, you need to get your products in front of customers.

To get that product visibility, luckily, Amazon has created powerful marketing promotions like Amazon Lightning Deals that can help you succeed.

In this article, we cover everything you need to know about Amazon lightning deals. But, before that, have you heard of online arbitrage deals?.

KNOW ABOUT THE DAILY DEALS AMAZON

If you're selling on Amazon or planning to sell on Amazon, you really need to know about online arbitrage deals.

Online Arbitrage deals are nothing but buying products from online stores which are available for deals and selling them on Amazon.

To make it, even more, simpler, we've got a recommendation for a FREE TOOL which is Amz Online Arbitrage deals.

With Amz Online Arbitrage deals you don't have to check daily online deals frequently.  You just have to sign-up, look for product deals buy it from the stores, and sell them on Amazon.

Checking daily online deals is definitely a time-consuming process and with that energy loss, you can't find the right products.

With Amz Online Arbitrage deals it won't be the case anymore, you can save a lot of time and also money because it's free.

So, now we found how to buy products without analyzing different daily online deals, let's dive deeper into how to offer deals.

With Lightning Deals, Amazon offers discounts to customers, which makes them visit their site frequently to gain the advantage of the daily deals Amazon.

Lightning Deals are limited-time sales that run for up to six hours. All lightning deals can be found in the "Today's Deals" section on the Amazon website.

For lightning deals, Amazon has a rule in place that only one deal is allowed per seller, and lasts until the deal expires or until products become out of stock.

To begin with, an Amazon lightning deal seller must have a professional account. Thousands of daily deals Amazon runs, really this lightning deal will give you benefit or not.

DO AMAZON LIGHTNING DEALS BENEFIT YOU?

Lightning Deals appear on the Deals page, one of the most visited pages on Amazon. If you’re struggling to get your products in front of buyers, Lightning Deals can be a great way to boost visibility.

If you get that product visibility, reaching more people and promoting lower price than usual typically adds up to a boost in your sales.

The Lightning Deal also increases your brand visibility, which can lead customers to your other product listings as well.

Offering Amazon Lightning deals will surely help you to make sales if you're struggling to kick-start your journey.

If you're planning to buy daily deals on Amazon, you don't have to waste your time by looking into various daily online deals sites.

Simply visit Amz Online Arbitrage, check for products with the given data, source from the respective stores, and sell on Amazon.

Grow your Amazon business with profit-driven products available for deals at Amz Online Arbitrage. Also, know the profit, restrictions, competition, before you invest in products and sell.